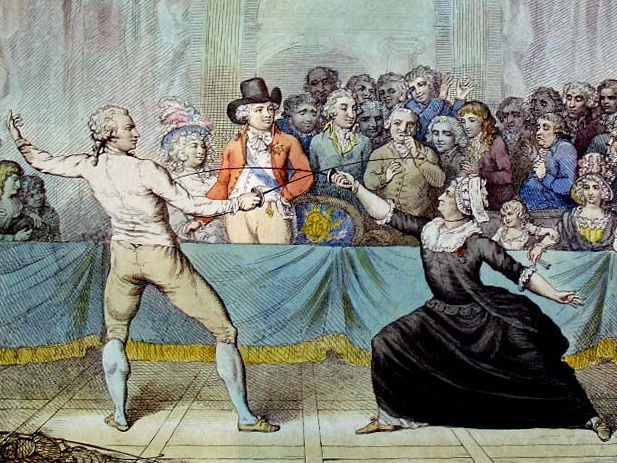 Charles-Geneviève-Louis-Auguste-André-Timothée d’Éon de Beaumont (5 October 1728 – 21 May 1810), usually known as the Chevalier d’Éon, was a French diplomat, spy, freemason and soldier who fought in the Seven Years’ War. D’Éon had androgynous physical characteristics and natural abilities as a mimic, good features for a spy. D’Éon appeared publicly as a man and pursued masculine occupations for 49 years, although during that time d’Éon successfully infiltrated the court of Empress Elizabeth of Russia by presenting as a woman. For 33 years, from 1777, d’Éon dressed as a woman, identifying as female. Doctors who examined d’Éon’s body after death discovered “male organs in every respect perfectly formed”, but also feminine characteristics.

Join Steve Harrison, 33˚ for this weeks amazing ‘Masonic minute’ featuring a great story on de Beaumont! The 007 of old France: