A Very Esoteric Christmas – The Darkest Hour Is Just Before Dawn 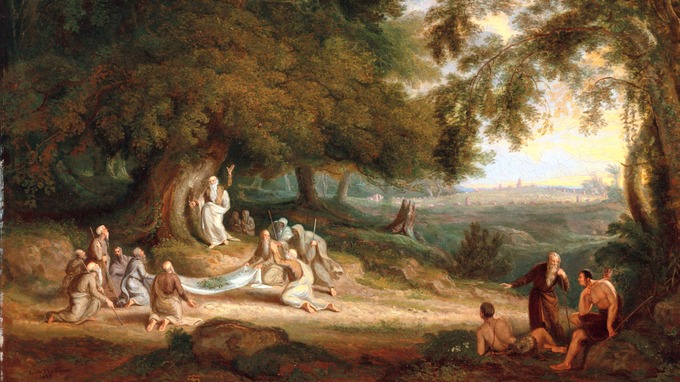 As Christmas swiftly approaches, parts of the world with Christian roots are becoming enchanted with various traditions centered around the story of Christ’s humble birth, as well as secular and non-Christian related Winter Solstice traditions. Whatever one’s faith or lack thereof, it’s hard to ignore this festive time of year, and the dominant story of the world’s largest religion, woven into the carols, ornaments, and decorations it’s strewn with.

Yes, twinkling lights, glittering decor, and snowy landscapes saturate the collective psyche, in a celebration that blends themes of warmth, love, hope, forgiveness, destiny, generosity, and a central event with such significance that we use it as the demarcation point of our entire calendar.

Not only is Christmas the end of every year, but also the yearly anniversary of the end of the old world Before Christ, and the birth of the new Anno Domini phase of the human story. The axis of Western history literally rests on this event which we celebrate every December 25th.

Yet there is much more to this story than the surface images of Winter festivity and the stable-born divine son, surrounded by star-struck wise men and poor shepherds. Indeed, virtually every aspect of Christmas has deep roots in traditions which preceded their adoption into Christianity and it’s birth story; even aspects of the Christmas story itself may be more mythical than historical. Even Santa Claus, sometimes criticized as a fanciful creation of Coca-Cola, has his roots as Sinterklaas (St. Nicolas), dating back to the Middle Ages, or arguably even pre-Christian European traditions.

So, what exactly are the roots of the Christmas story, and what should we make of them? Do they…