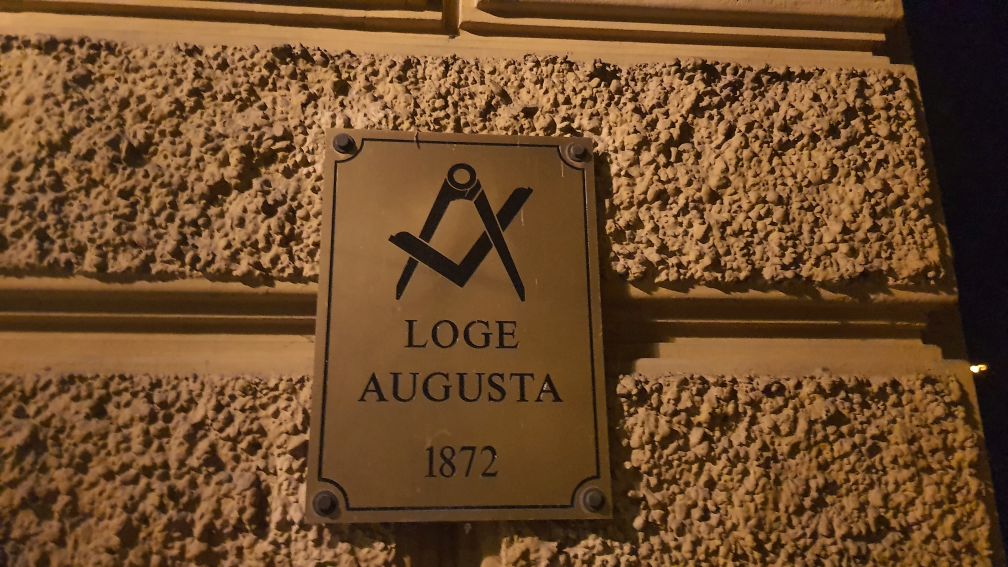 FREEMASONRY.network, October 2, 2021, Photo: plaque at the entrance to the Augusta lodge building in Augsburg

On Saturday, October 2, the delegation of the Grand Orient of Poland led by the Honorable Grand Master Tadeusz Andrzejewski, performed the Lighting of the Lights ceremony and presentation of the Patent of the new Grand Lodge:

Gerhild Böhnisch, a Freemason with many years of experience, became Grand Master.

The patent of the newly formed Grand Lodge states:

“Appreciating the quality of masonic work and efforts to carry high the flame of liberal and adogmatic Freemasonry of the Brothers and Sisters of the gathered lodges Lodges, we affirm fraternal and sisterly support, for the establishment of the International Mixed Masonic Grand Lodge LIBERTAS. Our Sisters and Brothers affirm their desire to nurture and spread the values of Liberty, Equality, Fraternity and Absolute Freedom of Conscience by becoming one of the voices in the chorus of European and Universal Freemasonry.”

This historical event is all the more special because this time the light comes from the East – from Poland, a country with which historical relations of Germany were very difficult.

Tadeusz Andrzejewski, the honorary Grand Master of the Grand Orient of Poland, is the son of Krystyna Żywulska, a well-known writer and Auschwitz-Birkenau survivor. Her memoir, “I Survived Auschwitz,” published in 1946, is the first book by a surviving Auschwitz prisoner.