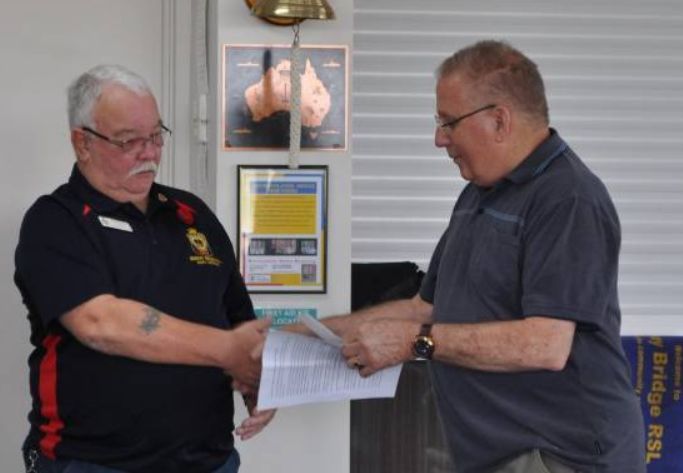 Mypolonga Masonic Lodge, in keeping with its desire to preserve the history of our nation and acknowledge the many sacrifices made to protect it and its lifestyle, has provided financial support to Murray Bridge RSL.
It will enable the enclosure of a restored 77-millimetre Krupp artillery gun to preserve it for future generations.
The gun was captured in Belgium on September 26, 1918 by members of the Australian Imperial Force’s 10th Battalion, which had been raised in South Australia in 1915.
The battalion contained large numbers of soldiers from Murray Bridge and surrounding districts.
The gun was one of six captured on the day by the 10th Battaltion, after heavy hand-to-hand fighting.
Many Australian soldiers died during the battle, and…