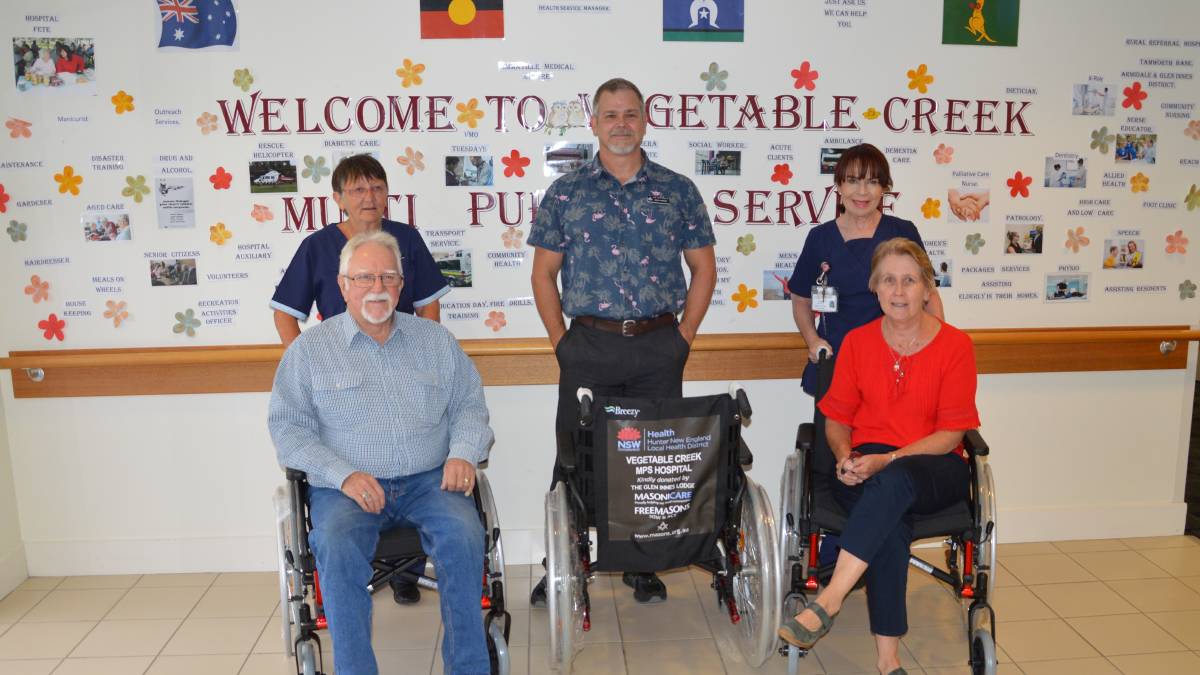 A father-son team at Glen Innes’ Masonic lodge is planning a campaign of fundraising for the shire’s hospitals.

On Saturday Jim Donald handed over the rains of the lodge to son Jim Donald. He will become the new worshipful master of the masonic lodge, which is a title equivalent to president in the freemason system.

They made a start last month, handing three wheelchairs to Emmaville hospital on January 15. The lodge raised some $3000 to pay for the wheelchairs, and additional chairs for Glen Innes hospital.

“The nurses in both hospitals tried them out – they’re very light, very maneuverable and quite strong so they’re a good wheelchair.”

Official charity Masonicare gave a total of some $300,000 worth of chairs statewide.

But they’re planning to continue a program of fundraising for the health services, through raffles, dollar-for-dollar subsidies from Masonicare and in other ways. Jim said he expects to be led by the needs of the hospitals.

Meanwhile there has also been a change of…