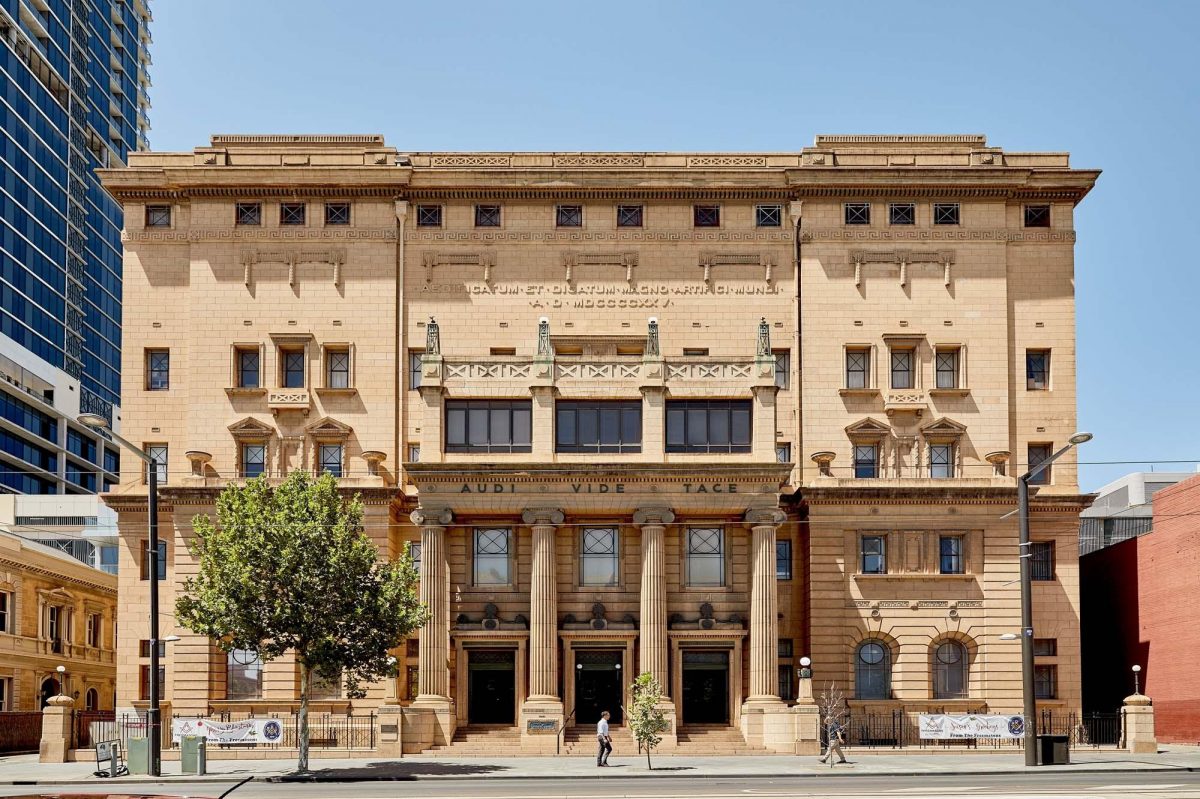 The proposed multi-use tower development rising from the rear of the historic Freemasons Hall at 254 North Terrace in Adelaide could well become the city’s tallest public building. A report on the proposed development is currently being considered by Freemasons in South Australia and Northern Territory.

Designed by local architect Walter Brooke and Bara Consulting Group, the proposed tower will have 33-plus levels and will house a mix of commercial space, restaurant, hotel and student accommodation. Several design renders of the building included in the 96-page report ‘Project Cerberus’ suggest a sleek, pillar design inspired by the ancient proportion and principle of ‘Entasis’.

The existing Freemasons Hall designed by Freemason William H. Harral and John Quinton Bruce and built in 1927 was one of the most prominent buildings of its time on North Terrace, and was entered into the South Australian Heritage Register in 1984.

According to the report, the $120-million project has…