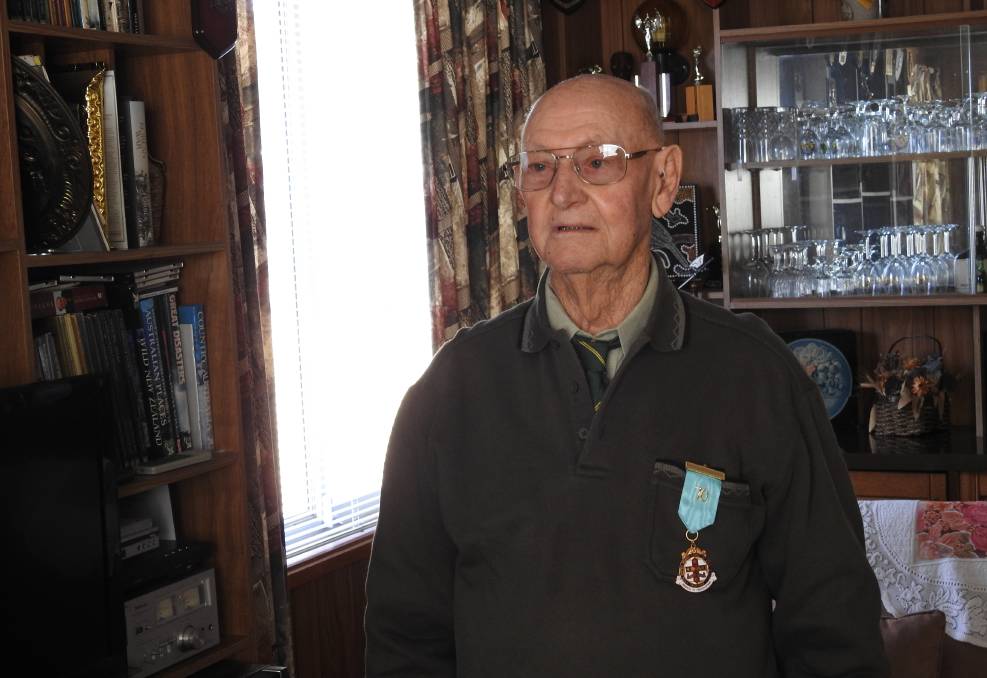 Gloucester Freemason, Les Potter has been presented with a 70 year Masonic Membership Jewel and certificate. The very prestigious achievement in masonry was presented aster of Lodge Gloucester, Gavin Boland on Wednesday, August 23.
The day before, Les and Thel celebrated 63 years of marriage, another milestone.
Prior to moving to Gloucester in 1973, Les taught at Leeton and Griffith Primary Schools and was deputy principal at North Griffith Primary School. After attaining his Bachelor of Arts in 1968, Les transferred to Griffith High School as a social science teacher.
Les was social science master at Gloucester High School where he taught geography, history and economics for 18 years. Many former students and staff would have pleasant memories of his endeavours at the school.
His initiation of the School National Driver Training Scheme was one example. This was sponsored by General Motors Holden – the car was supplied by Grahame’s Garage (now Gloucester Hardware) and fuel supplied by…