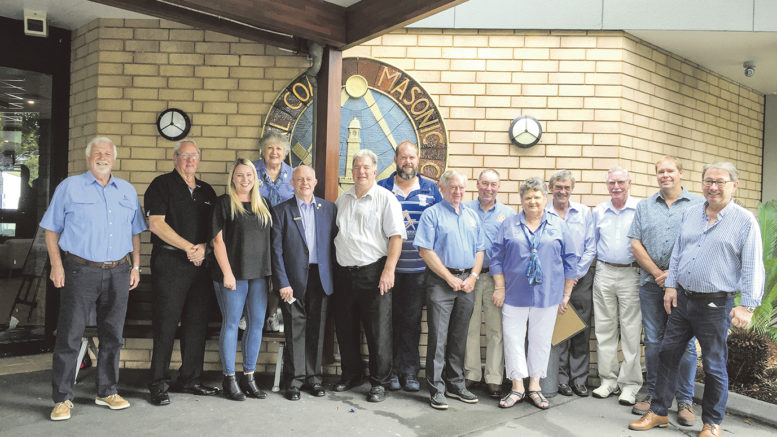 Two community groups working to make the Central Coast a better place, have each received a share of $16,600, courtesy of Freemasons on the Central Coast, Central Coast Bulldogs and the Rotary Club of Gosford North.
Central Coast Kids in Need (CCKIN) and Save Our Kids From Suicide (SOKS) each received $8,300 following a successful fundraiser coordinated by the three organisations, which was held at Wyong Leagues Club in November, 2019.
The funds, which include a $6,000 donation from the NSW and ACT Freemason Grand Charity, were presented during a special ceremony at Wallarah Bay Recreation Club on March 6.
Freemasons’ Director of Publicity and Communications, Simon Pierce, said the recipients were…