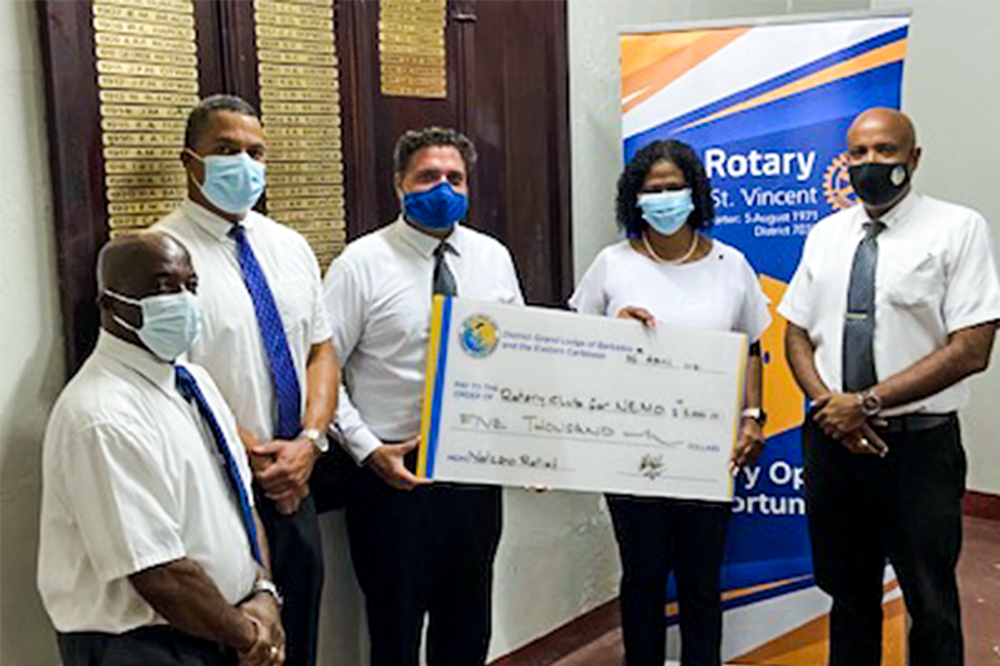 The District Grand Lodge of Barbados and the Eastern Caribbean (DGLBEC) has made an initial donation of US $5,000.00 towards the volcano relief efforts in St Vincent and the Grenadines (SVG). Donations of foodstuff, water, clothing and supplies were also made by individual Lodges and Districts to the ongoing disaster relief efforts. They have also offered to support the rebuilding efforts expected in due course, a release states.

Following the eruption of the Soufriere Volcano in April the Freemasons Lodges regionally and internationally, expressed their solidarity with the government and people of St. Vincent and the Grenadines, in its commitment to provide relief to displaced persons, and have pledged their wholehearted support to the relief effort.

Trevor Thompson, a member of the fraternity explained that the Freemasons have conducted their own research and decided to offer relief in three phases.

“The first phase being the assistance given to the displaced persons while they were in the shelters.  The donations which were distributed to persons in the orange and…