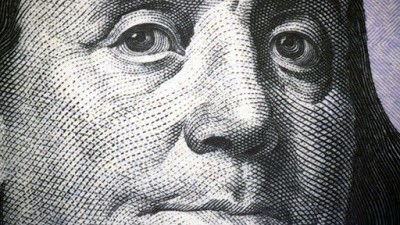 Back when I originally posted this series, I didn’t really have much of an audience. But this was a really good series, and I spent a great deal of time putting it together. so over the next 13 Tuesdays, I thought I’d run it again. I challenge you to try out Franklin’s method, and work these virtues into your own life as Benjamin Franklin did throughout his. And let me know how it’s working out for you.

Benjamin Franklin is an American icon, what we’d call today a “self-made man.” He was born into a poor family and only received two years of formal schooling. Regardless of his humble beginnings, Franklin became a successful printer, inventor, scientist, musician, diplomat, and writer.

The key to his success was that he constantly strove to improve himself. By the age of 20, Ben Franklin had set a lofty goal for himself.

“I conceiv’d the bold and arduous project of arriving at moral perfection. I wish’d to live without committing any fault at any time; I would conquer all that either natural inclination, custom, or company might lead me into.”

In order to accomplish his goal, Franklin developed…