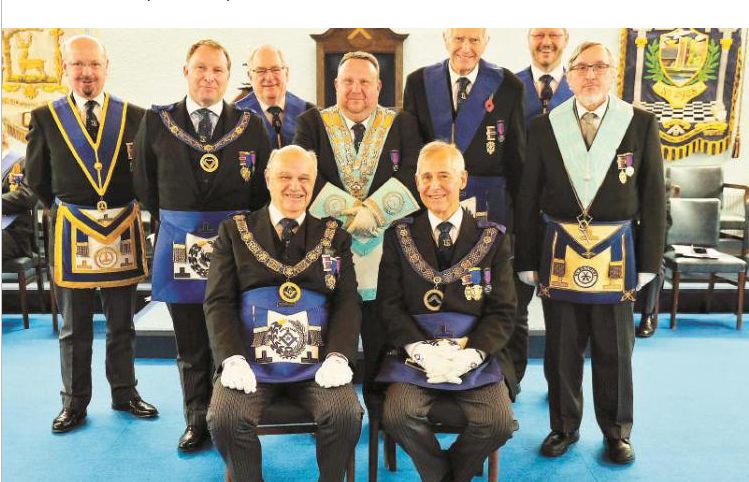 One of the trustees of The Louis Baylis Trust was presented with an award and certificate after completing 50 years as a Berkshire Freemason.

Peter Sands belongs to Berries Lodge, named for Berries Road in Cookham. He has risen to the office of Deputy Provincial Grand Master, the second-highest position in Berkshire.

Peter joined the Freemasons in November 1971 as a young man, following in his father’s footsteps.

“He died when I was a teenager,” said Peter. “I knew he enjoyed [being a Freemason] and I was intrigued as to what it was about.

“In those days, there was a four-year waiting list. I put my name down, did an interview, and here we are. I joined my father’s lodge and met a lot of people I already knew…