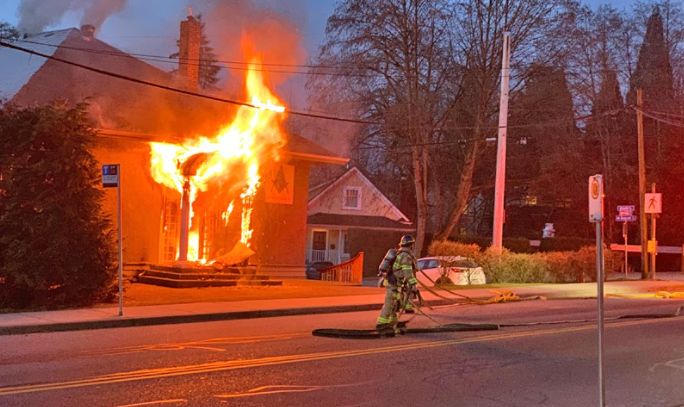 Benjamin Kohlman has pleaded guilty to the March 30, 2021 arsons. The Richmond man apologized for his actions through his lawyer.

A Richmond man has been sentenced to three years in prison after pleading guilty to three arsons at Metro Vancouver Masonic lodges.

Vancouver Provincial Court Judge Laura Bakan heard Nov. 8 that Benjamin Kohlman, 43, who has drug addiction problems, was hearing voices that told him to burn the buildings because the Masons were engaged in mind control of other people.

Bakan said Kohlman believed the buildings were used by “dark souls and evil,” that his actions were to draw attention to the Masons and the Illuminati.

Bakan said Kohlman, who appeared in court via video, had been using ecstasy and marijuana at the time.

She called the offence serious and…