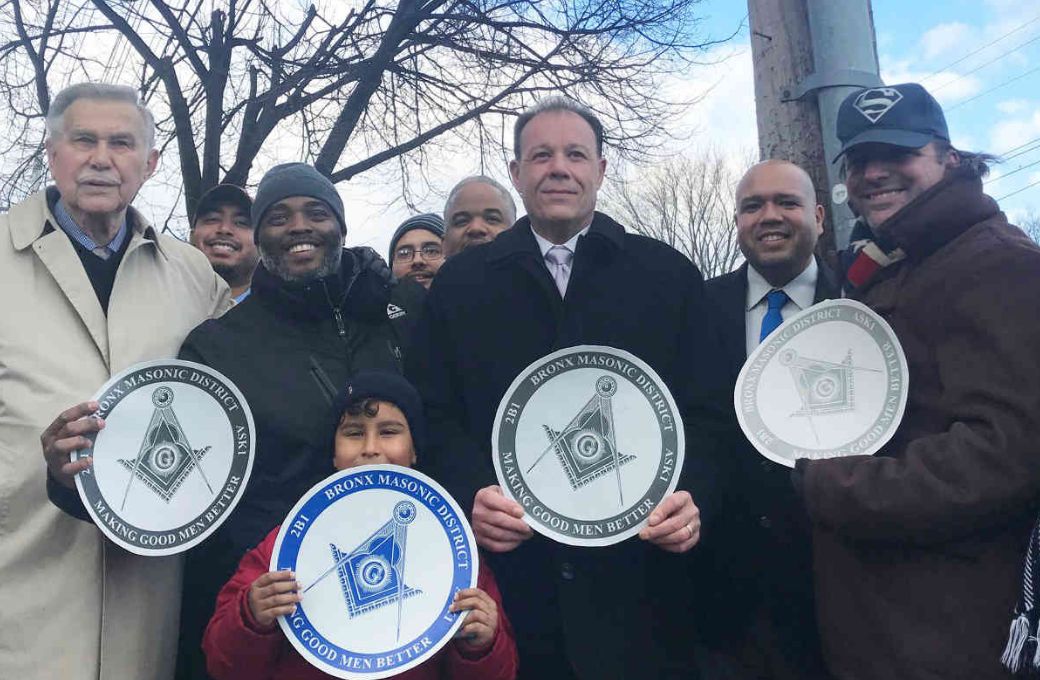 An organization that traces its roots back centuries is celebrating its 100th anniversary in the borough in a fitting way.

The Free Mason Bronx Masonic District celebrated its centennial with a street co-naming adjacent to the City Island Masonic Temple at Schofield Street and City Island Avenue on Saturday, December 8.

The corner where the long-established temple is located was co-named ‘Free Mason Way’ and a temporary sign was unveiled honoring the four active lodges of Free and Accepted Masons in the borough: Wyoming #342, Guiding Star Angle #565, Pelham #712 and Hebron #813.

The sign co-naming bill was introduced by Councilman Mark Gjonaj, said Louis Juers, one of the Masonic elders in the borough and a Pelham Lodge member.

A permanent NYC Department of Transportation sign will be placed at the location sometime in the future, said the councilman, who explained he wanted the ceremony as close as possible to the centennial of the founding of the Bronx Masonic District.

The Freemasons, who have actually been in the borough longer – at least 140 years on City Island alone – also celebrated their…