California/U.S. – Installation of Officers at Masonic Lodge in Twin Peaks 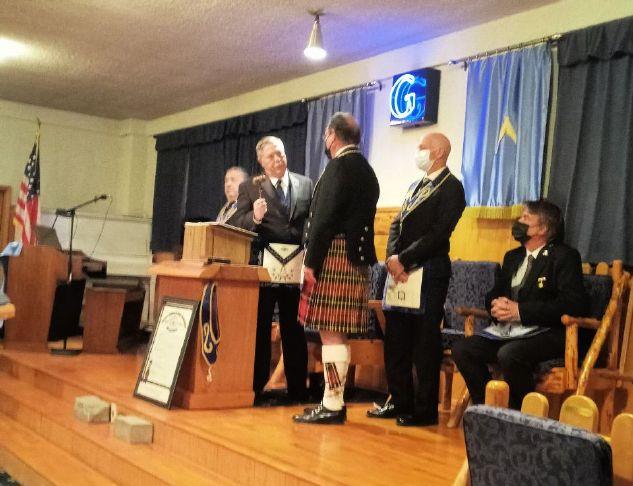 The Masonic Lodge #711 in Twin Peaks held its Installation of Officers ceremony on Wednesday, January 26; having been postponed from December 27 due to weather. Aaron Creighton, a long-time mountain resident and community leader, was installed as Master for the ensuing Masonic year, along with several additional officers.

The ceremony took place at the Lodge in Twin Peaks which was chartered in 1950, and the feeling of tradition inside its walls is nearly as strong as that of the fraternal order itself. It has been a vibrant part of the communities of the San Bernardino Mountains from Crestline to Running Springs since its inception.

Freemasonry involves the teachings and practices of the fraternal order of Free and Accepted Masons, the largest worldwide secret society. It is an oath-bound society devoted to…