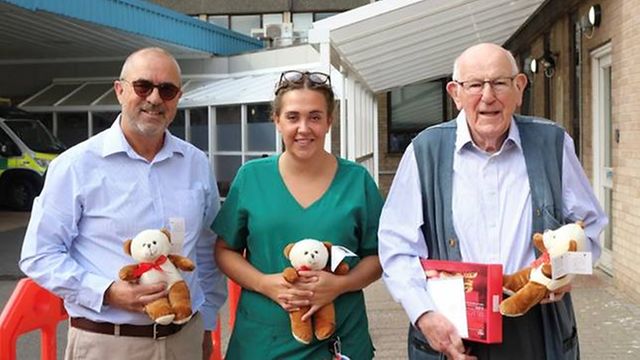 A Cambridgeshire freemason who has led the delivery of thousands of teddy bears to Addenbrooke’s Hospital over the last 20 years has reached the end of his marathon story.

Jim Whitehead, a retired teacher from Cambridge, launched the initiative in 2002.

He got the idea from an Essex freemason who launched a similar scheme to thank his local hospital for saving his wife’s life.

In the early days, Jim, who has been a freemason for more than 50 years, carefully parked his car clear of arriving ambulances and…