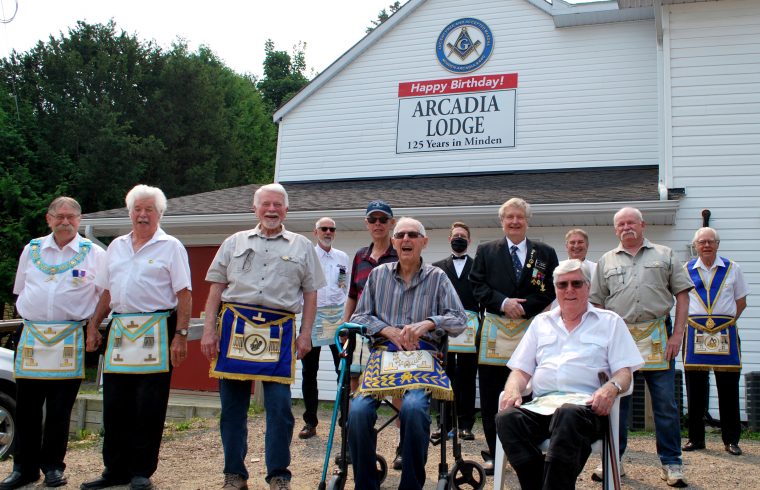 This year Arcadia Masonic Lodge celebrates its 125th anniversary. The lodge has always been involved in the community and has had a presence from its beginning. It has been an integral part of the mosaic that makes Minden.

When Minden became a community in the mid 1800s, many of the men who settled here were masons. However, the closest lodge was The Spry Lodge in Fenelon Falls. With the lack of roads, it was very difficult to attend lodge meetings. In 1896, eight brethren from The Spry Lodge, approached Grand Lodge with a petition to institute a lodge in Minden. The request was granted and in August 1896, a new lodge was instituted in Minden as the Algonquin Lodge U.D..

Very shortly it became Arcadia Lodge. Meetings were held in two rooms over …

read more in The Minden/Ontario Times: