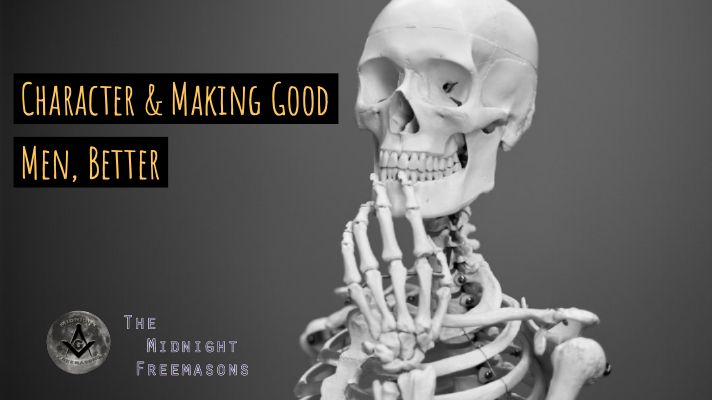 At a recent meeting of Admiration Chapter RAM in Homer Illinois, Midnight Freemasons founder and EHP at Admiration, Todd Creason, led a conversation about character and character building.

It was a lively discussion with many ideas exchanged.

One of the ideas mentioned was the notion that Freemasonry was once largely concerned with building positive character among its members and that it should be again—that it should, “make good men better.”

The question becomes, how do we do that? How do we make good men better?

At the meeting, ideas like holding conversations at lodges just as we were that night; building relationships, especially mentoring relationships, among individual brethren; presenting educational activities; and striving to set a good example were some of the answers brought forth.

Towards the end of the discussion, Companion Creason asked what virtues constitute good character.

The companions present offered such virtues as honesty, civility, and toleration among…