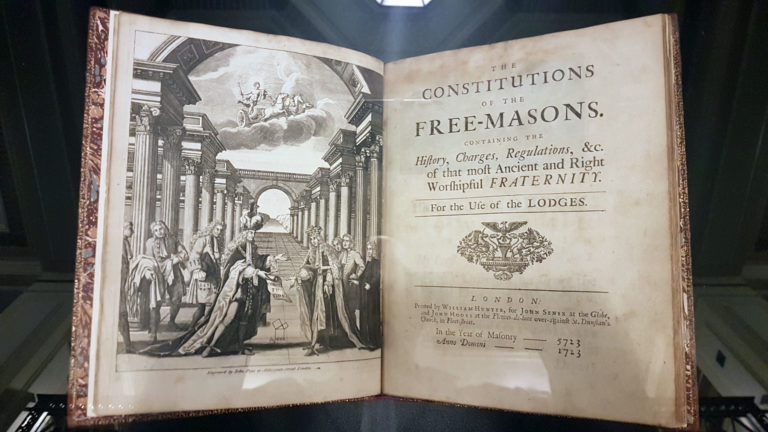 An exhibition of old books has gone on display in Covent Garden that seeks to explain the often cryptic messages hidden within their illustrations.

Most illustrations of the time contained messages that people would recognise as providing a second layer of meaning to the educated reader — and Freemasons were no different in how their books were produced.

In times past, books were usually sold without decorative covers, for the illustrations were inside, and if there were illustrations inside, the book was more valuable.

At a time of rivalry between the two Grand Lodges, publications of their rulebooks, known as Constitutions were high-profile, and contained very detailed illustrations opposite their title pages.

As a result there were six frontispieces created for the Grand Lodges’ Constitutions.

The exhibition, Decoded: Freemasonry’s Illustrated Rulebooks shows how freemasons used the frontispiece to communicate messages. It shows how they were…