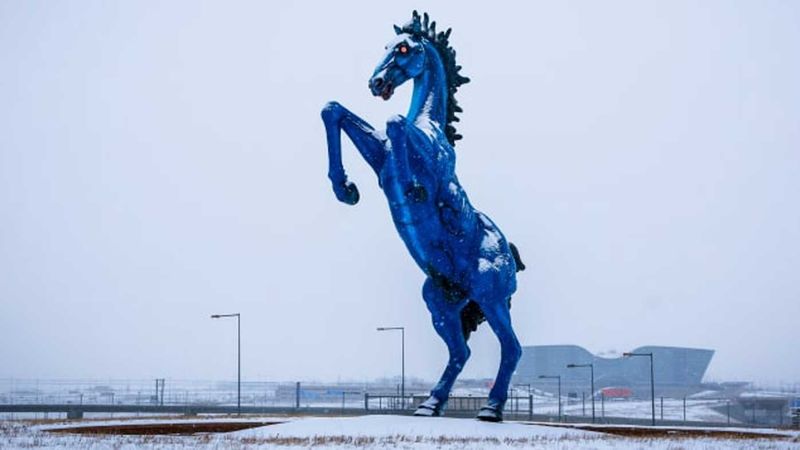 (CNN) — After years of speculation by conspiracy theorists, officials at the Denver International Airport in Colorado have finally admitted that something’s going on.

DIA, as it’s known, is one of the biggest airport in the world, with just under 53 square miles (13,726 hectares) of developed airport space. That space has loads of restricted areas (it’s an airport after all), underground tunnels and some weird, or even disturbing, art — including a giant blue fiberglass mustang statue with orange glowing eyes.

It’s all very suspicious to some people, who are convinced the airport is part of a plot by the Freemasons, or the Illuminati, or a colony of lizard people.

The airport is doing a $650 to $770 million renovation to its Great Hall and has put up temporary walls to hide the mess (or at least that’s what they want you to think). They decided to have some fun with the rumors…