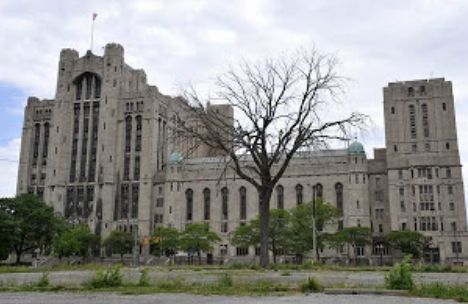 The care and feeding of a truly landmark Masonic Temple is far from easy, and takes constant work. Fortunately, there are brethren who will not let these priceless treasures go down without a fight. Case in point: the Detroit Masonic Temple.

Ever since I joined this fraternity 19 years ago, I’ve had a special place in my heart for Detroit’s Temple. If you’ve never visited it before, you must go out of your way and do so. It is the largest Masonic building in the world, with 1,037 rooms, three theatre auditoriums, an indoor drill team hall, an indoor pool, bowling lanes, barber shop, dormitory rooms, dining rooms for thousands of guests, and a dozen lodge rooms. And more. Much more. Every inch of the enormous block-long complex is covered in loving detail from the heady days of the 1920s when Detroit’s automotive pioneer titans like Henry Ford and the Dodge brothers competed with each other in donating to its building fund. We don’t have many members like that these days, I’m afraid.

But also since I joined, the Temple has spent those same 19 years teetering on the brink of being sold, auctioned, bankrupted, taxed into the Stone Age, or just falling to pieces. After both the Scottish Rite and Shrine left the Temple in the early 2000s, things looked very bleak indeed for the remaining lodges and York Rite bodies in the “fraternal tower.”  And yet, something always seemed to happen at the last minute.

Well, this weekend the Detroit Masonic Temple Association has announced a new $3.7 million investment to repair and refurbish parts of the sprawling building. $2.5 million is to be spent on …