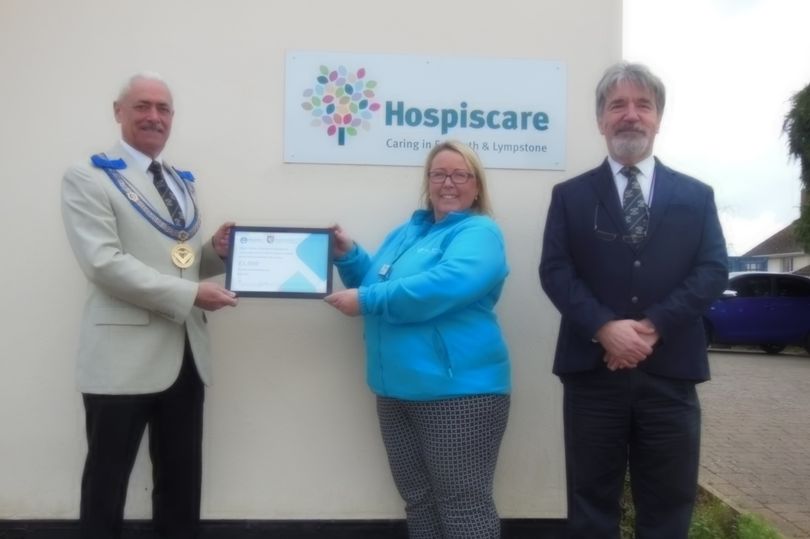 Hospiscare have received an £1,000 boost in Exmouth thanks to the Freemasons. This year the Freemasons, as part of their annual support of hospices throughout the country assistant provincial Grand Master of Devonshire Andrew Vodden together with Reuben Ayres their charity steward presented a certificate denoting the £1,000 given by the Devonshire Freemasons and the Masonic Charitable Foundation to Toni Hiscock of High View Gardens Hospiscare in Exmouth.

The Masonic Charitable Foundation will give grants totalling £600,000 this year to hospices in England & Wales including almost £10,000 to the seven hospices here in Devon as part of the £15 million given since 1984. This includes £300,000 which will be distributed to each hospice that receives less than 60% funding from the NHS. A further £300,000 will be…