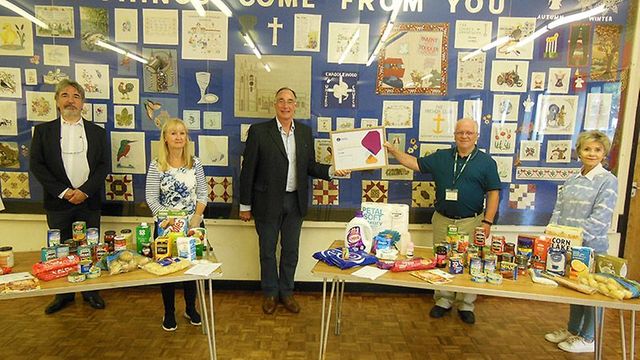 Freemasons from Devon have made a series of Christmas grants to local food banks, bringing their contributions last year alone to around £28,500.

Exeter, North Devon, Buckfastleigh, Tavistock and Plymouth Food banks received £4,000 each from Devonshire Freemasons to help with the expected surge in demand over the festive season.

In the UK, more than 14 million people are living in poverty – including 4.5 million children. During the pandemic, food banks supported by the Trussell Trust network saw an unprecedented increase in need.

Between April and September, food banks in their network provided 1,239,399 of emergency food parcels to people in crisis – of these, 470,854 went to…