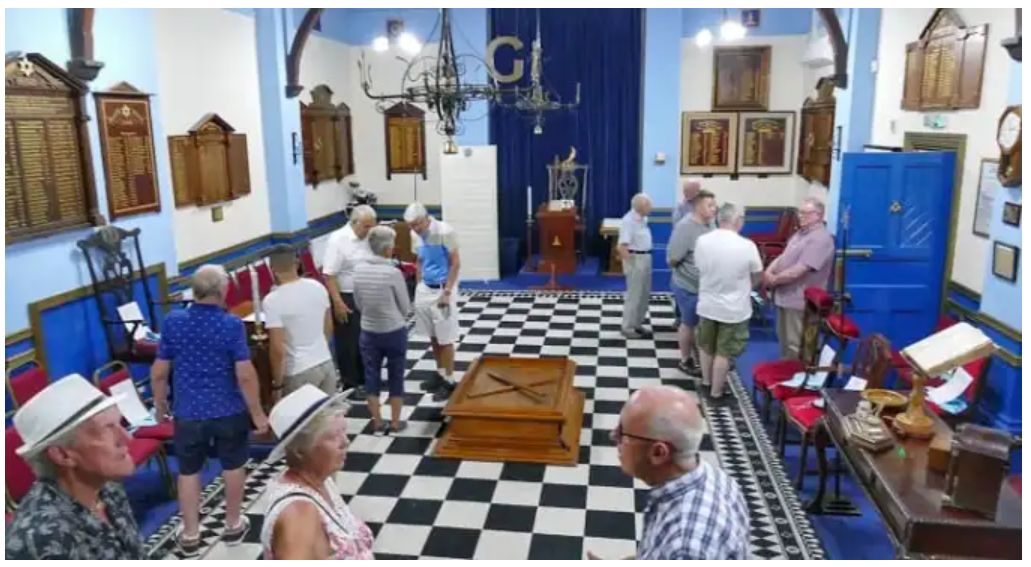 Freemasons in Margate opened the doors to their venue this month to give the public a chance to see inside. Union Lodge’s centre is based in New Cross Street and the group’s history dates back more than 260 years. There are 17 men’s and 3 ladies Lodges that meet in the Margate, Ramsgate, Broadstairs, Westgate and Birchington areas. In total there are 179 Men’s lodges in East Kent with around 5200 members.

Union Lodge was formed in 1763 and moved from Spitalfields in London to Margate in 1813. Members met at various hostelries in the area until the building in New Cross Street was opened in 1895.

Members come from all walks of life and range in age from their late teens into their 80s.

Freemasonry is one of the oldest social and charitable organisations in the world. Its principles are Integrity, Friendship, Respect and Charity.

During the lifetime of the lodge its number has changed eight times. This is because…