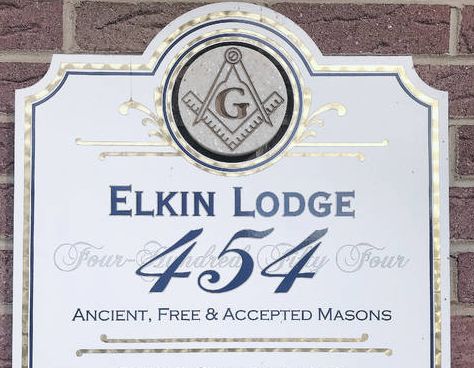 (By Beanie Taylor, The Tribune):

December ended with several openings hearkening to a long history in Elkin. One of them was the open installation of Elkin Masonic Lodge #454.

“The Grand Lodge of North Carolina was chartered in 1771 and re-organized in its current form in 1787. In fact it was formed before North Carolina had joined the union,” said newest Master of Elkin Lodge Louis Jeroslow, “and before George Washington was elected president of the United States, our Elkin lodge number 454 was chartered.”

In spite of the history, many people are either unaware of what the Freemasons are or are uninformed…

Read more and watch a video from the open installation of Lodge Officers at The Tribune website.