Lancashire/England – £27k raised by Freemasons for charity groups in Warrington 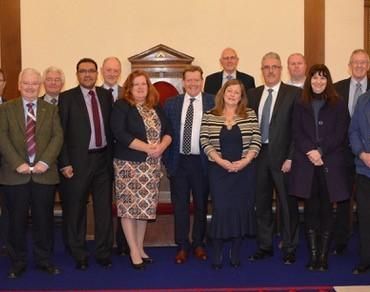 More than £27,000 has been donated to charities in the past year by Freemasons in Warrington.

The figure was confirmed at the annual charity giving day at Warrington Masonic Hall on Winmarleigh Street.

The Warrington Group of Lodges and Chapters has donated the cash to masonic and non-masonic charities within the town.

The Warrington Group Chairman, Andy Barton presented a donation to the Deputy Mayor Cllr Wendy Johnson in support of the mayor’s charity.

The Assistant Provincial Grand Master, for West Lancashire, Kevin Poynton, made presentations to…