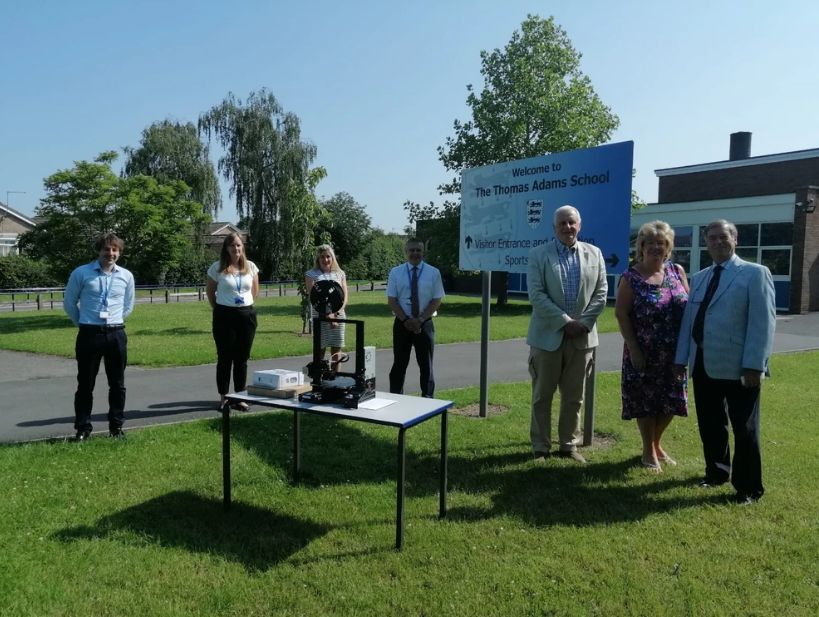 A Wem-based masonic lodge has donated a 3D printer to the local secondary school to help students visualise their creative concepts, hoping to inspire the next generation of engineers.

When the urgent need for PPE in care homes became apparent in early April, members of the Roden Lodge No 6243 got together several of their members and friends to use 3D printers to help to make protective face visors.

At the time they had access to only one printer, so the provincial charitable association provided funds to help buy a second machine.
With further local help, five printers were pressed into service and worked continuously, along with other masonic helpers across the …