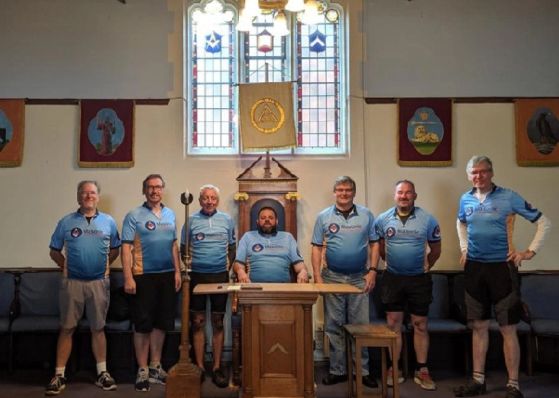 An intrepid team of cyclists from the Buckinghamshire Freemasons have ridden more than 100 miles in two days for charity.
Steve Weingart, Grae Laws, Simon Odell, Steve Acton, Frank Byrne and Ian Bamsey completed the 110 mile ride in two days in aid of the Masonic Charitable Foundation.

The first day of the ride, which took in all of Buckinghamshire’s masonic centres, began in Slough.

The party received a send off from the leader of Bucks Freemasons John Clark and throughout the day John and his wife accompanied the riders on his motorbike.

In total, the group covered 65 miles on the first day with stops at Slough, Denham, Beaconsfield, Marlow, Penn…