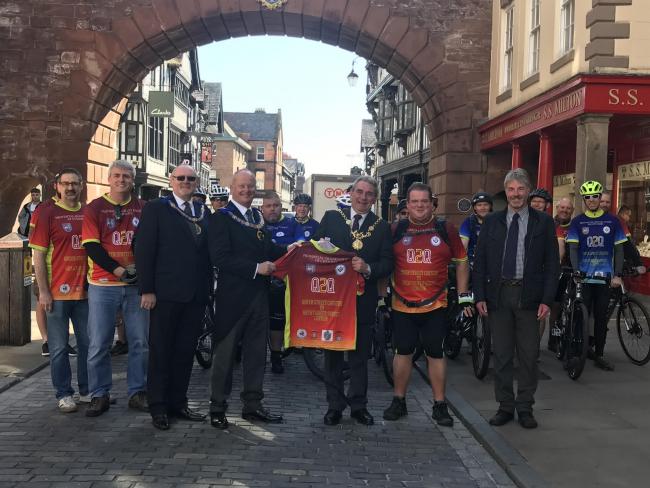 A team of Cheshire Freemasons completed a challenging cycle ride from Chester to London along the canal paths of England.
The team raised £22,000 for local good causes along the way.
he group consisted of 16 riders and two more in the support team. Given the rough terrain and general riding conditions an average of 40 – 50 miles a day was completed over six days.
Apart from the odd “summer” storm, a few riders falling in the canal and, of course, the odd wrong turn, the event was a great success with an added bonus of raising a great deal of money for Charity.
During the ride, many conversations with members of the public took place, answering questions and Freemasonry in general and…

read more at The Standard: