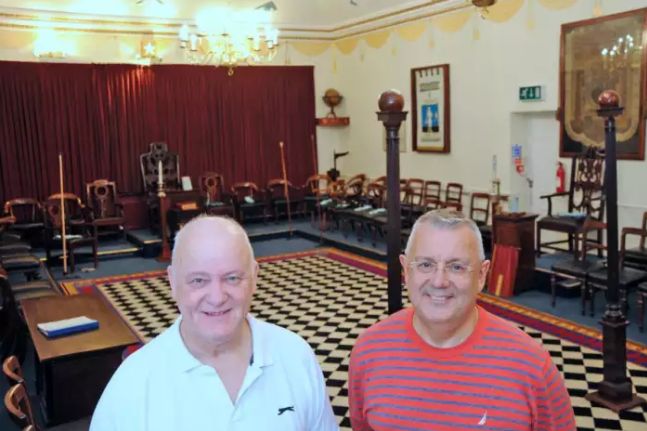 Chesterfield Freemasons will open their doors to the public in a bid to dispel the secrecy associated with the movement. Residents are being invited to attend the town’s Masonic Hall on Saltergate between 10am and 8pm on Friday and from 10am to 4pm on Saturday and Sunday.

Among other things, Freemasons will dispel myths and misconceptions about the organisation, give guided tours of their meeting rooms and answer questions during the free open weekend. Stuart Riley, who has been a Freemason for 13 years and is the press officer for Derbyshire Freemasons, said: “Freemasonry is one of the world’s oldest and largest non-religious, non-political, fraternal and charitable organisations. “Its roots lie in the traditions and ceremonies of the medieval stonemasons who built our cathedrals and castles. “It holds dear the principles of integrity, kindness, honesty, fairness and tolerance. “Our members would all answer the question ‘what do you enjoy most about Freemasonry?’ differently, it means different things to different people. “Common reasons given are making lifelong friends, the charitable activities undertaken, the opportunity to spend quality time with like-minded people, performing ceremonies – it brings out the thespian in many of us! – and a feeling of belonging to something worthwhile and meaningful.”

Asked what myths about the Freemasons he would like to dispel, Mr Riley said…