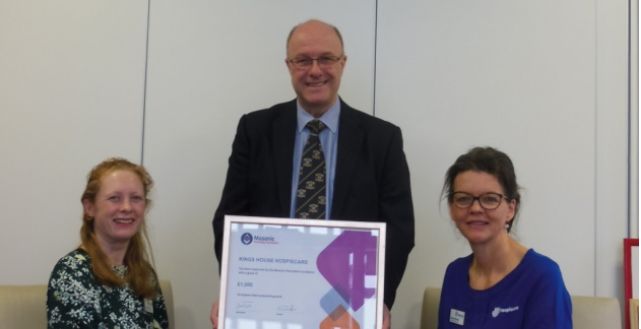 A Honiton day hospice recently benefitted from the generosity of the Freemasons of Devonshire and the Masonic Charitable Foundation.
Kings House Day Hospice received £1,000 from the organisation as part of grants totalling £600,000, which were given to 245 hospices in England and Wales.
This includes £300,000 which has been distributed between the hospices that each receives less than 65 per cent funding from the NHS.
A further £300,000 will be provided to the national charity for hospice care, Hospice UK, in a partnership aimed at…