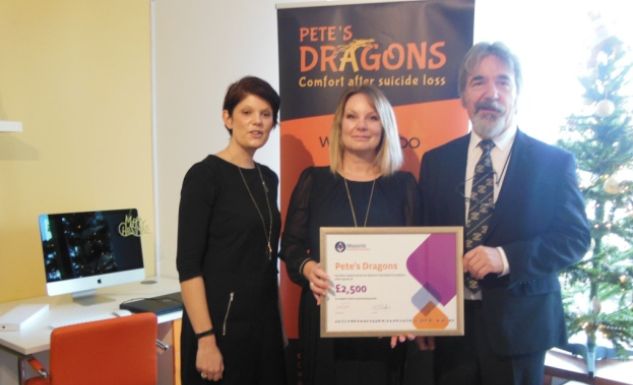 Devon’s Freemasons have used a series of grants to support the growing Exmouth charity.

An Exmouth based charity which helps people bereaved by suicide has received more than £4,000 from the Freemasons of Devonshire.

Earlier this month Pete’s Dragon received a grant for £2,500 from the Masonic Charitable Foundation (MCF), given on behalf of all the 5,500 freemasons in Devon.

On November 23 the charity received another grant of £1,500 from the Wake Fund, a Masonic trust fund which makes donations to good causes by-annually throughout Devon.

In addition the Sun Lodge, which meets in Exmouth, donated another £300 to…