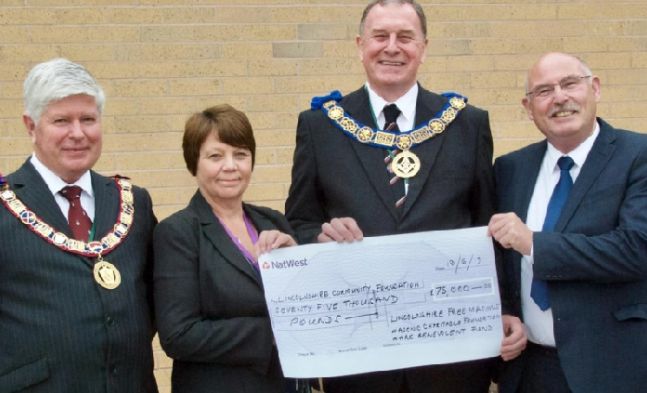 A donation of £75,000 from Lincolnshire’s Freemasons has given an early boost to a £100,000 appeal to help rebuild the community around Wainfleet affected .by the recent floods.

The fund has been set up by the Lincolnshire Community Foundation, which is bringing together fundraising efforts behind the long-term recovery plan which will swing into
action once the floodwaters have receded.
Already there have been about 500 people from a number of agencies working around the clock to provide an emergency response to the incident, which has forced the evacuation of almost 300 homes.
But it’s the recovery phase that will take time, and that’s where the Freemasons’ donation will be directed.

Provincial Grand Master Dave Wheeler said: “To see anyone driven from their home by flooding is heartbreaking, especially when it’s in your own community.
“The emergency response to the incident has been extremely effective through the days after the torrential rainfall followed by the breach of the banks of the River Steeping,
but that is only part of the story. The recovery phase will be long, and will take considerable effort.
“I’m pleased that we have been able to move so quickly in making this donation of £75,000. It underlines that Lincolnshire Freemasons are determined to…

read more at The Skegness Standard: