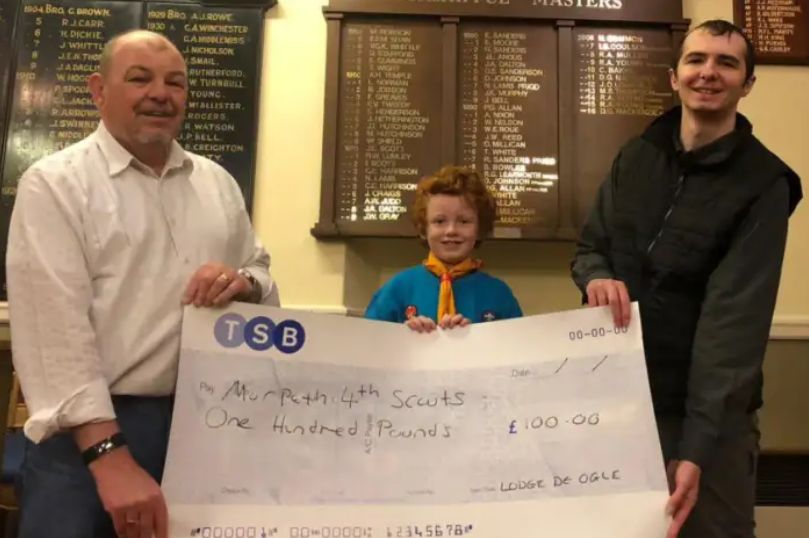 Generous freemasons from Morpeth have donated some useful funds to one of the town’s scout groups.

Members of Lodge de Ogle, which meets in Winton House, decided to give £100 to the 4th Morpeth Scout Group as part of their freemasons in the community commitment.

The cheque was presented by two lodge members – father and son David and Jonathan Richardson – to eight-year-old Milo Stewart from Widdrington Station, who represented the scout group.

David said: “We heard about the good work that the scouts do in the town with young people and decided to…