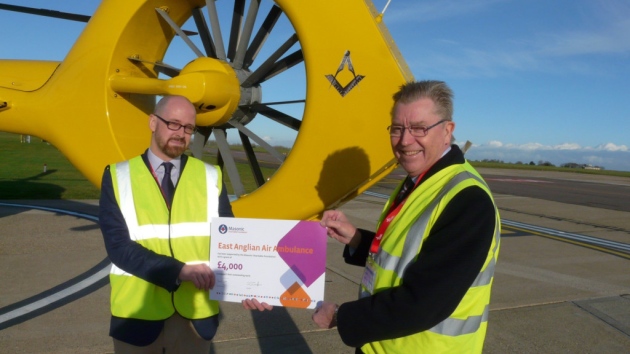 More than £2.3m has been given to the East Anglian Air Ambulance during a decade of fundraising from the Freemasons.

In 2007 the Freemasons launched their grant scheme for Air Ambulances and equivalent rescue services across England and Wales.

Since then over £2.3m has been donated with the East Anglian Air Ambulance receiving annual grants on behalf of Norfolk masons.