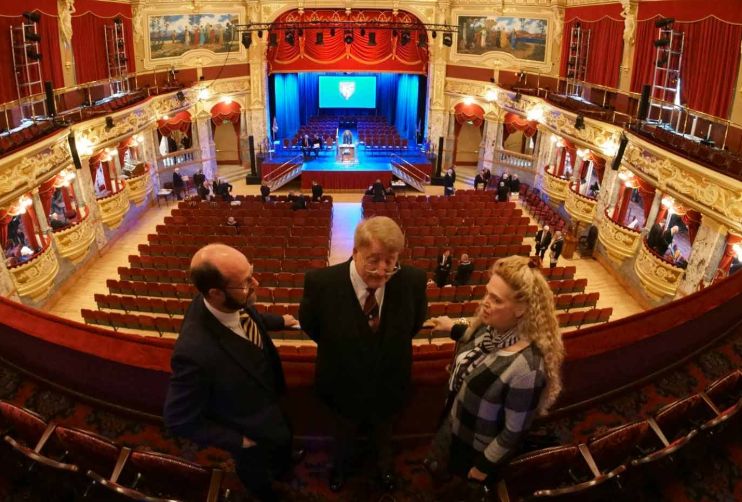 Yorkshire Freemasons have reaffirmed their longstanding commitment to Harrogate by continuing to stage their annual meeting in the spa town into the next decade.

The Province of Yorkshire West Riding has signed a five-year contract with Harrogate Borough Council to hold its Provincial Grand Lodge Meeting in the Royal Hall, whilst at the same time booking the Majestic Hotel for the next three years for its annual post-meeting celebration dinner.

Whilst the first occasion the Royal Hall hosted the fraternity’s annual meeting was in 1937, its masonic links go back to the hall’s origins, including local benefactor, industrialist Samson Fox, and designers Robert Beale and Frank Matcham, who were all Freemasons.