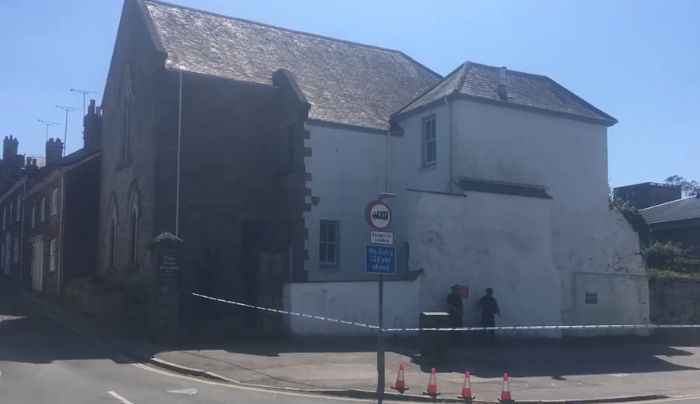 A Masonic lodge has spoken out after a homemade bomb was found outside their premises in Cornwall.
What police have referred to as an ‘improvised incendiary device’ was discovered at the back door of Penryn Masonic Lodge in New Street on Tuesday morning (June 2).
Police were called at about 11.10am and put a 20-metre cordon in place.

They stayed at the scene for several hours and are now appealing for information and CCTV footage.