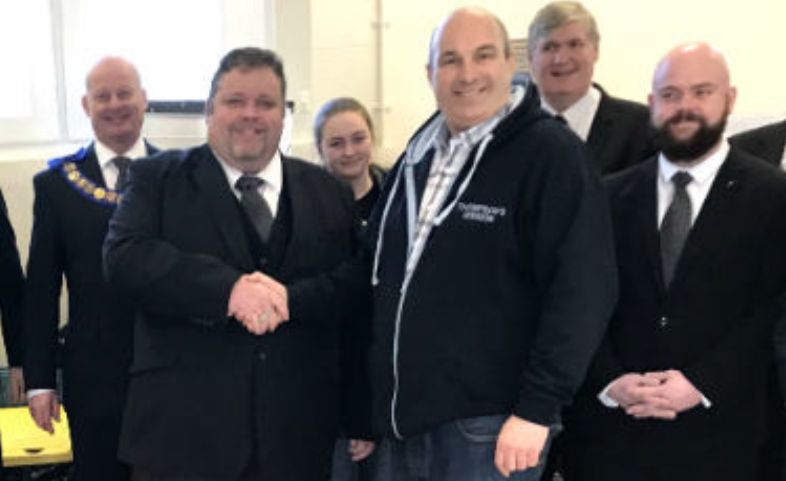 A group of Cheshire Freemasons spent a cold night on the street in aid of Wirral charity helping the homeless and needy.

Their efforts helped raise £14,000 for Charles Thompson Mission in Birkenhead.

Those sleeping out included 14 members of Bohemian Chapter and Combermere Lodge plus two of their wives.

Their collective efforts raised £12,600 through sponsorship, which was topped up by a donation of £1,400 from the Cheshire Freemasons Charity.

A delegation from handed over the donation to the mission’s manager Bernie Frost during a recent visit.

Senior Cheshire Freemason David Dyson said: “What the members have done is incredible, not just in raising funds, but also to highlight the issue of homelessness and the human story that sits behind it.