Yorkshire/England – Freemasons Tune Into Needs Of Charity Broadcaster With £3,000 Donation 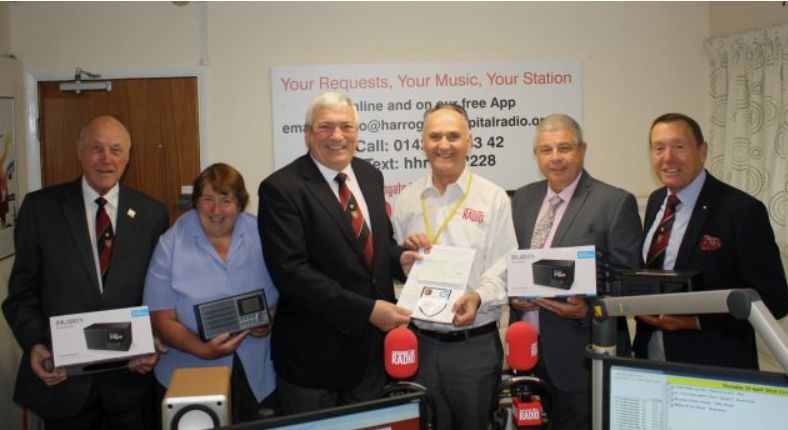 Harrogate & Claro Freemasons have tuned into the needs of Harrogate Hospital Radio by securing them a £3,000 donation to help purchase hundreds of internet radios.
Last year, Harrogate Hospital NHS Trust’s strategic decision not to renew its contract with the provider of the bedside-entertainment system had a massive impact on the charity broadcaster.

As a result of the loss of facility, the only way patients can now listen to the in-house radio station is on smartphones and tablets via the internet or an app.

Harrogate Hospital Radio, which first took to the airwaves in October 1977, has had to radically rethink the way it provides its service to patients and is now looking at broadcasting its services across the wards and public areas through wi-fi radios.

The charity was faced with a dilemma as the cost to achieve this was far outside its budget.