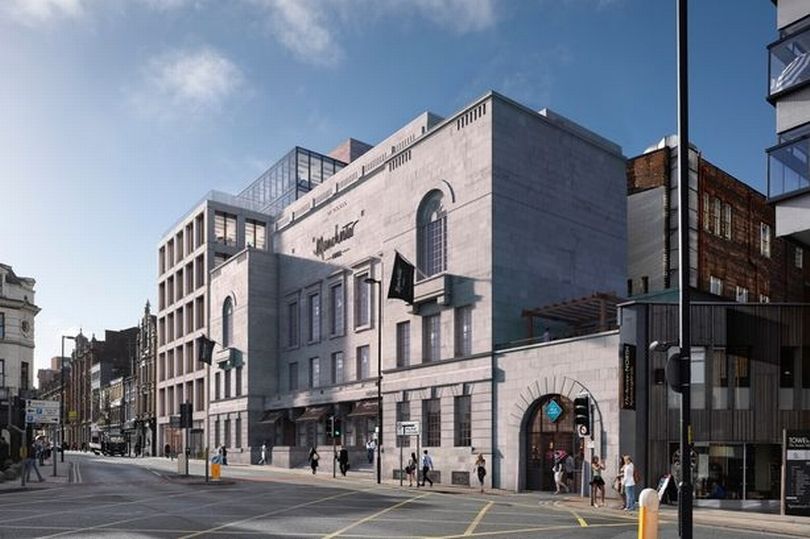 A world of secret handshakes, mysterious rituals, and doors firmly closed to the public – Manchester Hall on Bridge Street has been a looming physical presence in the city for almost a century, but its threshold only ever crossed by a select few.

The former Freemason’s Hall is a towering art deco monolith of a thing, a white-bricked structure firmly planted on the edges of Spinningfields.

Since the grade II-listed building completed in 1929, it has been home to the ancient brotherhood of the Freemasons, who have kept the secrets of the building close to their chests.

Architecturally, it was the most ambitious Freemason’s Hall in the north west, split into five lodge suites, each with a lodge room, ante room and dining hall. It also contained club rooms, boardrooms, offices, a museum and a library.

Then, with much of the enormous art deco structure falling into disuse, Stephen Cliff and Vision Developments swooped in and bought…