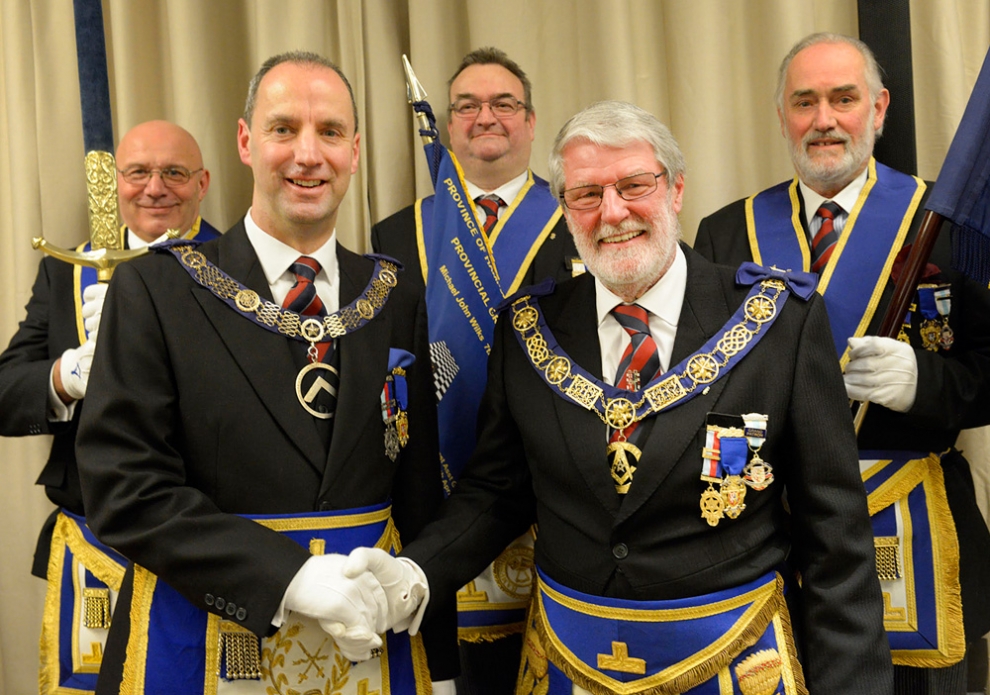 The Provincial Grand Master of the Freemasons for the Province of Hampshire and Isle of Wight, Mike Wilks, has retired from the role after a decade of achievements.
Mike is succeeded by Jon Whitaker, a long-standing magistrate and senior St John Ambulance volunteer. The HR consultant from Hamble near Southampton has pledged to build on the legacy of his predecessor.

Under Mike Wilks’ tenure, the Province became one of the most forward thinking in the country, leading many new initiatives.

During one special fundraising effort in his time as Provincial Grand Master, Mike Wilks led his members in raising nearly £8million for a children’s charity. This was on top of the existing charitable commitments by members and lodges.

Another legacy is the number of …