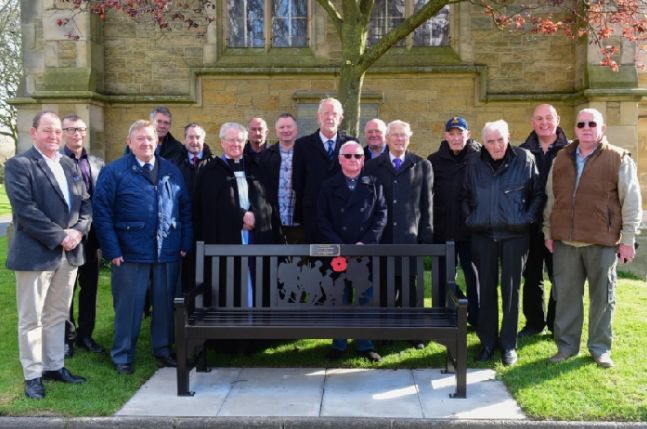 South Shields Freemasons came together to raise funds for a lasting tribute to those who lost their lives during the First World War.

A bench has been unveiled in Harton Cemetery, South Shields – displaying the silhouettes of soldiers and bearing a moving dedication that said it was in honour of those who lost their lives in the Great War.

The tribute somes as members of the Freemasons in the town managed to raise around £900 for the lasting tribute, which also honours those who have lost their lives in battles since the First World War.

Around 40 Freemasons of South Shields members came together to see the bench officially unveiled in Harton Cemetery.

Rev. Ron Black made a moving dedication at the event.

He said: “This bench has been placed here as a memorial to the ending of the Great War of 1914 – 18 in which so many gave their lives in the cause of peace and freedom.

Read more and watch the pictures at The Shields Gazette: