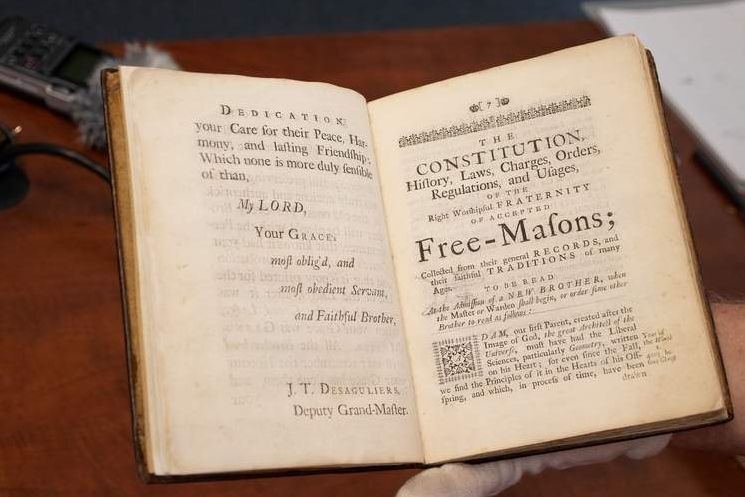 CEDAR RAPIDS — Hidden in plain sight at 813 First Ave. SE are world-class collections of books, artifacts and art. The Iowa Masonic Library and its museums are not advertised on a sign out front. Instead, the facade says “Grand Lodge of Iowa, AF & AM.” It might sound off-limits to non-Masons, but the treasures inside are there for everyone.

The white Vermont-marbled edifice was dedicated in 1955, replacing the original library building that occupied the same spot. The original building was the first Mason-specific library in the world, built in 1884 and eventually replaced when its collections grew too large.

Librarian/curator Bill Krueger has given tours and guidance to Masons, historians and anyone curious enough to walk in for nearly 22 years. There are 150,000-plus volumes of literature, many of which predate the country’s founding.

Among the artifacts are Babylonian tablets, a suit of samurai armor and a Civil War battle flag.

I asked Krueger to identify the five most significant items in the building, a difficult task for a historian who sees value in every scrap of paper. Here’s what he said he’d prioritize grabbing in…

read more in The Gazette: