Freemasonry a place for all 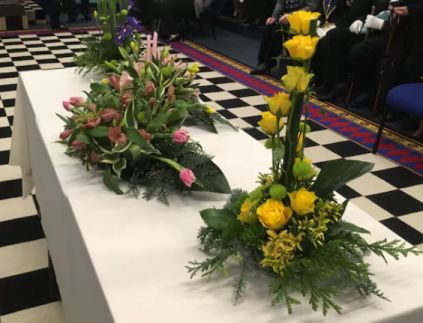 Freemasonry can be time consuming and therefore it’s important that wives and partners are not excluded. We have spoken in this column before of the Lady Associate Members Society (LAMS) for those who want to get more involved, and there are also Ladies Nights and Luncheons, when the Master of the Lodge has a celebration together with members, wives and partners – traditionally held to ‘honour’ the latter.

In Peterborough, there is also a Daytime Lodge called Nantahala, formed for members who preferred daytime meetings to evenings, and specifically designed to allow partners to be included. The Lodge came about as a result of a number of masons visiting another daytime Lodge in Huntingdon and, being impressed by its popularity, decided to form one locally. The suggestion was well received by the senior members at The Ellindon Masonic Centre in Peterborough and the wheels were set in motion. But what could this Lodge be called? Once the formal approval had been given by The Province, the selection of its name provoked a considerable amount of very serious discussion, with no collectively acceptable name being forthcoming. During this long debate two members were on holiday in America and in the course of a train journey in the North Carolina Mountains, they came across a town called Nantahala. This was the Cherokee Indian name for ‘Land of the Noonday Sun’ because the town lay in the bottom of a very deep ravine. It was agreed that Nantahala was an appropriate name for…