Freemasonry And The Cinema, The Truth vs. Illusion of It 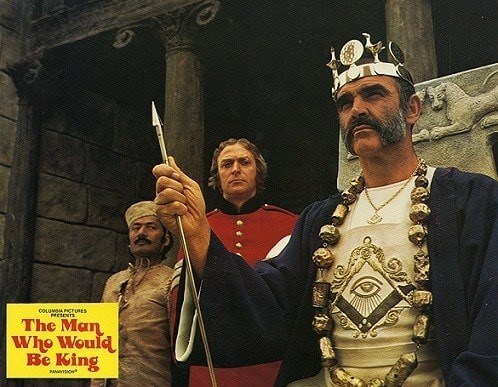 The observable reality in the world we live in is that filmmakers cater to a broad audience for a narrow (and often biased) message embedded in their works.

The filmmaker must provide something sufficiently valuable to its financial arms as well as potential audience to gain that necessary financial support to make a film. This is why the truth is made a casualty in filmmaking.

Propagating falsehoods in films are an accepted reality, rationalized away as “dramatic license,” especially, with regard to portrayals of Freemasonry. Topically, flip flopped, vilified or glorified, often by the same filmmakers interested only in getting a project made.

To say the least, there have been several films that draw their plots directly by referencing Freemasonry or reference it in a sublime manner.

This occurs in all genre of film, from the 1915 comedy (remade in 1934) based on the play “Die Logenbruder” where two non-masons attempt to convince others that they are Freemasons, titled ‘Are You a Mason?’ and Johnny Depp’s horror-thriller, ‘From Hell,’ (2001) linking Victorian English Freemasons to notorious serial killer, Jack the Ripper.

In the light-adventure genre there is Nicolas Cage’s Disney blockbuster ‘National Treasure’ (2004), creating a story of America’s Founding Fathers and the supposed treasure of the Knights Templar handed down and protected by Freemasons.

In the suspense thriller genre, there exist The Da Vinci Code (2006) starring Tom Hanks, as…