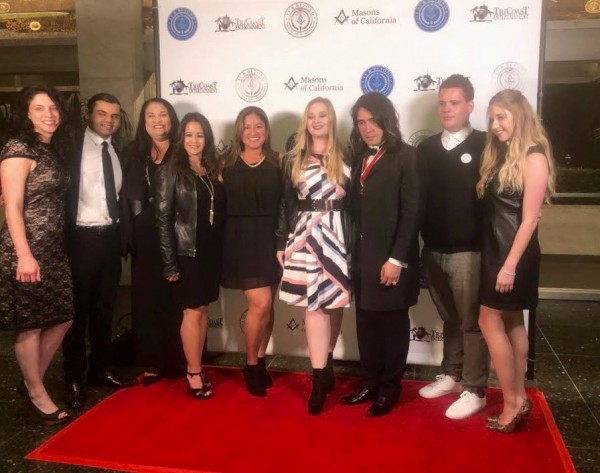 Photo: The start of the “33 & BEYOND: THE ROYAL ART OF FREEMASONRY” to the U.S. theatrical tour: Director Johnny Royal with fans at the red carpet world premiere at San Francisco’s Masonic Theater in October 2017.

Los Angeles, CA – January 15, 2018 – Philadelphia’s historical icon of their Masonic Grand Lodge in Center City – exploring the history and secrecy inside its walls.

TriCoast Entertainment and Praetorian Motion Pictures’ is elated to extend the invitation to Philadelphia natives for the exclusive opportunity to delve into Director Johnny Royal’s alluring and eye-opening documentary, “33 & BEYOND: THE ROYAL ART OF FREEMASONRY” in Philadelphia – a historical location for America’s founding fathers, who were also Masons.

Since the film’s start, “33 & BEYOND: THE ROYAL AT OF FREEMASONRY” has been in demand in over 90 Masonic lodges across the U.S., noted as the first film to fully examine the entire American Masonic structure…