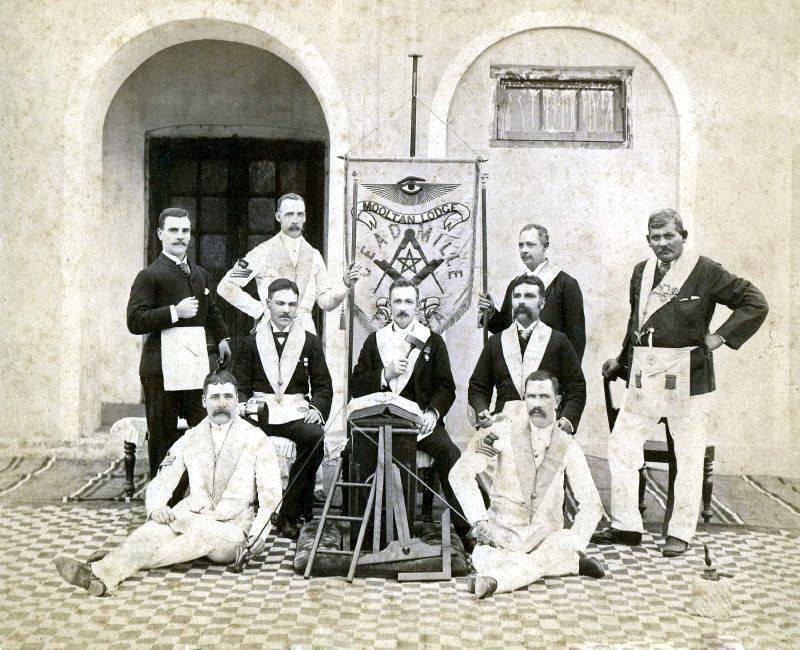 Many people are unaware that Pakistan, prior to and even after independence, housed a plethora of Freemason lodges.
Although Freemasonry is now banned in Pakistan, it enjoyed its apex under British rule.
Freemasons had lodges throughout the country but have since been removed by a law passed by Mr. Bhutto in 1972.
Lodges were present all over the country most notably in Karachi, Multan, Lahore, Rawalpindi, Murree, Peshawar, Kohat, Lyallpur (now Faisalabad), Chittagong (East Pakistan) etc.

Mr. Rafique Khan, a Pakistani born in Rawalpindi in 1925 and writing for the website NativePakistan.com, states that Rawalpindi had three lodges, one of which was present in Rawalpindi Cantonment on Canning Road opposite of Gurgson Dry Cleaners.
This lodge used to be called “Jadoo Ghar” by the locals.
Only members who had their rings engraved with the Masonic insignia were allowed…