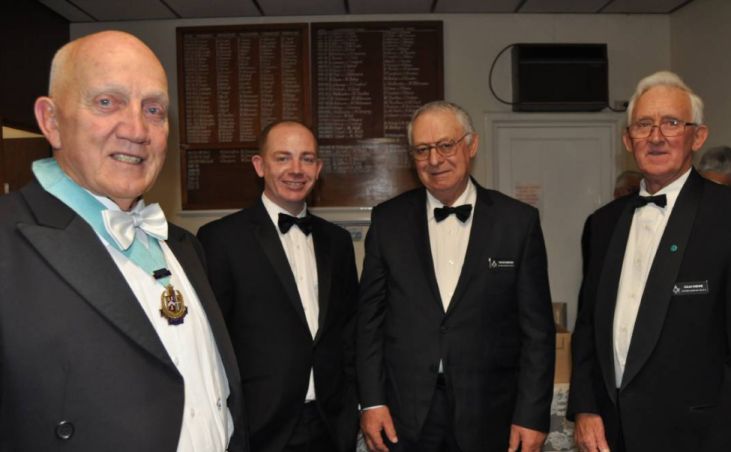 For a few minutes, the veil of secrecy on the brotherhood of Freemasons was lifted at Jamestown on Friday.

I was an invited guest at the hand-over dinner to new Worshipful Master of The Victoria Lodge 26 Robert Heath, of Burra.

After the prayer was offered by Ken Roskell at the event at the Jamestown Bowling Club, members took part in an intricate ceremony meant to evoke a 21-gun royal salute on behalf of the Queen.

The members were asked to give “seven by three” – equivalent to 21 – and they responded with hand gestures and claps.

The gestures included pointing fingers to the left and right and the claps that were offered in similar style.

Despite the openness of the dinner, the actual induction of the Worshipful Master was conducted earlier in secret some distance away at the Lodge Hall.

There were some telltale traditions…