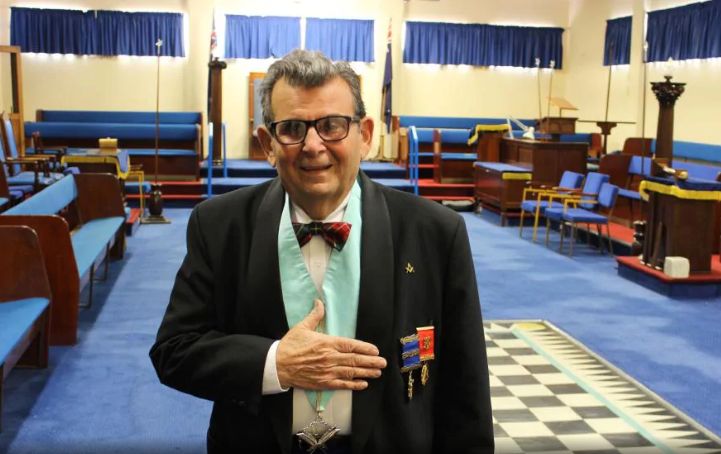 A SECRET handshake usually gets people past the armed guards with swords at the Masonic Lodge Room in Kedron however it wasn’t necessary at the weekend.

Lodge Scotia 263 celebrated 100 years with a reconsecration at the Kedron Masonic Centre on Saturday.

Worshipful Brother Tony Vecchio said the Freemasons had been around for hundreds of years and included many famous people such as Mozart, Winston Churchill, Nat King Cole, Oscar Wilde and John Wayne.

“If you look at Freemasons there are a lot of successful people, they’ve made big changes in the world,” Mr Vecchio said.

“New people come in with different ideas and join for different reasons.

“They are disillusioned and are looking for something more.

“We’re brothers no matter where we go. We were a secret society but that’s not true now, we are a society with secrets.”

However Mr Vecchio said they were…