Freemasons to admit women — if they first joined as men 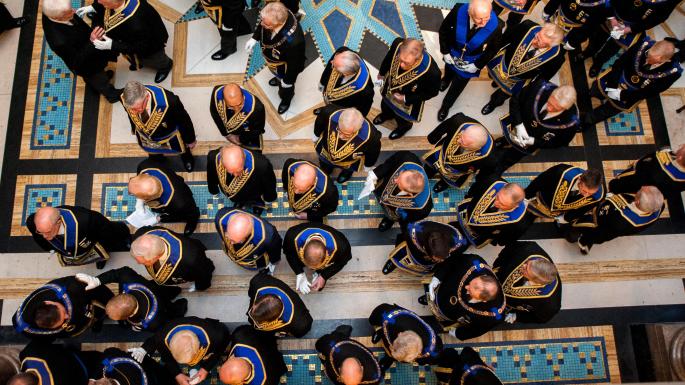 Formal Freemason greetings will remain, so someone who has transitioned from John to Jane would be called “Brother Jane”

JOONEY WOODWARD FOR THE TIMES

Their secretive society has been male-only for centuries. Now the Freemasons are to allow women members — but only if they were men when they joined.

The United Grand Lodge of England, founded in 1717, has issued guidance to its 200,000 members that “a Freemason who after initiation ceases to be a man does not cease to be a Freemason”.

Its “gender reassignment policy” says that anyone wishing to join must be male but once admitted can remain a member as a woman. Anyone who has become a man can also apply.

Some conventions remain. Formal greetings should begin with the prefix “Brother”, so someone who has transitioned from John to Jane Smith would be “Brother Jane” or “Brother Smith”. Appropriate alternatives to the dress…