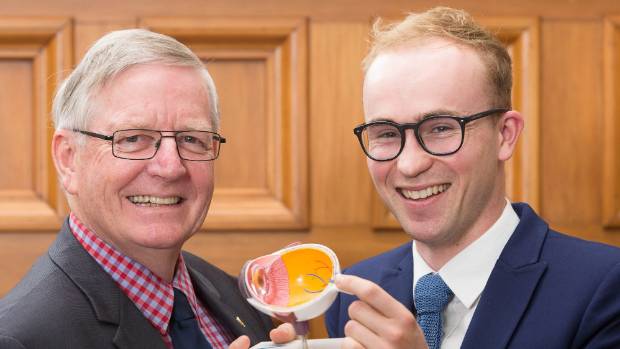 A local medical student has something in common with Jacinda Ardern – they both received a Freemasons University Scholarship.

Nelsonian Henry Wallace, 24, was fortunate enough be presented with the prestigious $6000 scholarship earlier this month.

Wallace, in his last year of medical school in Auckland, has been working at Auckland City Hospital while progressing with his studies.

The money, he said, would offset the recent two-month placement he did in Germany, and would also go towards study and scientific conferences held in Australia later in the year.

The study of eyes, ophthalmology, is something he hopes to specialise in.

“As our most important sense, it’s really interesting.”

He said through his clinical placement he was…